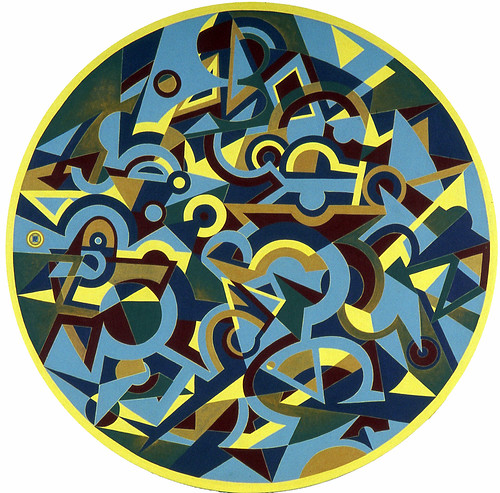 For the creative artist, painting is the passion in which the soul engages mortal questions of great consequence. The work of art, as it leads us to the Frontiers of Perception, becomes the medium which gives access to New States of Consciousness. Though the art remains the motive force, it becomes less important than the state of mind to which it leads. (Burton Kopelow)

Artist Burton Kopelow’s career spanned more than half a century and his artistic output totaled several thousand drawings and paintings. Up until his death in 2015 at the age of 91, and despite a stroke a decade earlier that limited his mobility, Kopelow painted every day, his art a daily practice that brought him increasing satisfaction as he matured and gained confidence as an artist. Over decades of work, his styles varied from abstract expressionism to bold figural works laden with mythical and mystical references, united by vibrant color and dynamic form. That he received little acknowledgement from the contemporary art scene and that his first solo exhibition was in February 2014, a few months shy of his 90th birthday, did not damp his passion for painting. For Kopelow, “the process of art is like alchemists trying to produce gold from lead—it’s a metaphor for the transformation of oneself to a higher level of being.” 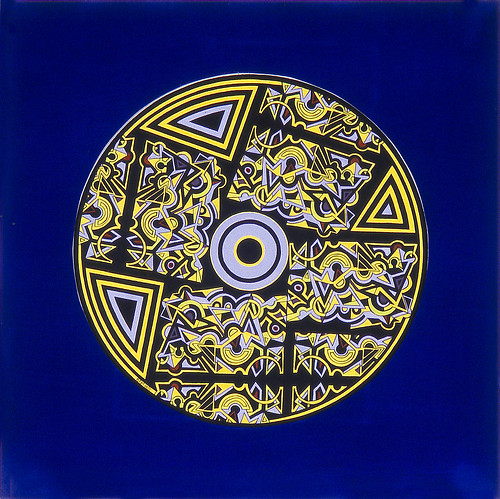 Born in Brooklyn in 1924 to Jewish immigrant parents, Kopelow enlisted in the US army and served in World War II, receiving a Purple Heart for his service in the Philippines. After the war, he returned to New York, where he studied philosophy on the GI Bill at New York University. It was around this time that he discovered his aptitude for art and for several years explored the lively art scene of Greenwich Village. In the late 1950s he moved to Los Angeles, where he continued to delve deeper into his personal studies of art and philosophy. In the 1960s, his fascination with the teachings of Jung, theosophy, and Tibetan thangka paintings led him to visit the Philosophical Research Society (PRS), an organization founded by Manly P. Hall in 1934 to promote the study of the world’s wisdom literature, and there he examined ancient paintings, scrolls, and alchemical manuscripts from Europe and Asia. At the PRS, Kopelow became captivated by Tantric yantras—geometric meditational diagrams—that form an important element in Tibetan thankga paintings of mandalas. He was already interested in the psychology of mandalas, as defined by Jung, and it was his exposure to Jung’s theories and to these artistic visualizations of the sacred realms of enlightened beings that motivated Kopelow to become an artist. 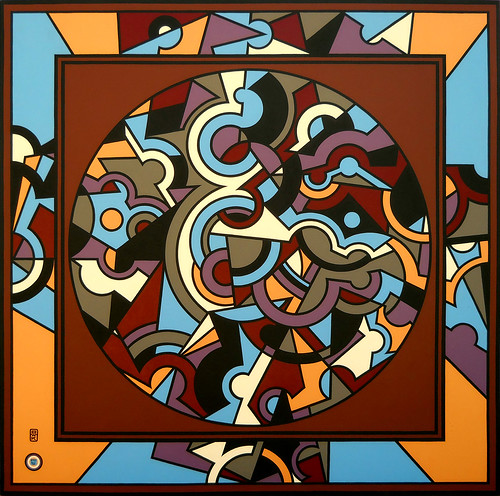 From 1973 to the mid-1980s, Kopelow developed a Mandala series, and a related series of mandalas and abstract paintings exploring form and color called Chromorphism. Though inspired by the Buddhist concept of the mandala, these dynamic paintings, often rendered on massive canvases (many measuring 81” x 81”), contain much of the geometric symbolism of Tantric teachings, with intersecting squares, triangles, and circles, such as the in the work The Mandala Squared, which he painted in 1975. However, his use of color had little to do with Buddhist cosmological painting traditions and more to do with a mid-century American abstract expressionist color palette coupled with a very profound spiritual evolution. 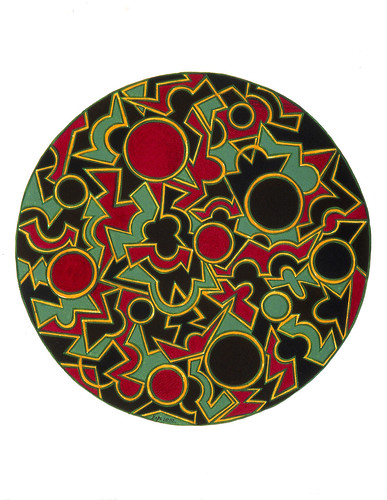 “What at first may seem to be irrational,” Kopelow explained about these paintings, “is a dimension of consciousness-expanded awareness resulting in visions that turn on colors and forms. These paintings incorporate changes so intimate that they achieve consistency. I call this experience Chromorphism.” The colors and forms expressed in both series of mandala-inspired works seem to arise from deep within his being and express his evolving connectivity with all things. “Chormorphism,” he wrote, “is my system of painting infinite relationships that become a union of illusionary irregularity.” Like Tibetan mandalas, Kopelow’s paintings are visualizations of a higher consciousness and expressions of the artist’s relationship with the universe and with himself. “Nothing has existence of itself in isolation but lives as part of and at the same time in relation to everything else.”

In both mandala series, Kopelow drew on his interest in a range of global spiritual archetypes to build dynamic, jigsaw-puzzle-like squares and spheres bursting with multi-colored and multicultural mystical energy. While Mandala #4 has a more subdued Buddhist sensibility, resembling a Japanese lacquer tray, perhaps, with details outlined in deep red, green, and gold leaf, Mandala #1, with its dynamic concentric lines and tangled forms, seems to owe more to the influence of Celtic design. 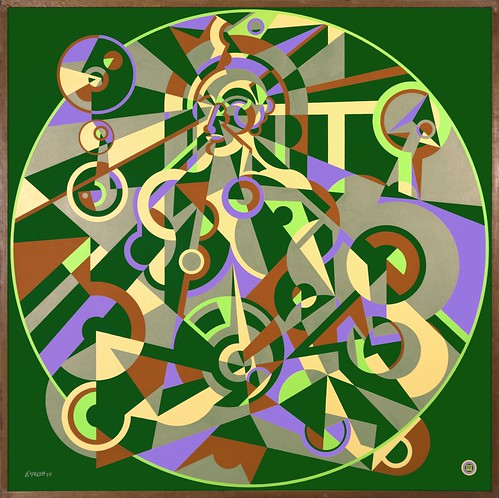 The Radiant Buddha (Chromorphism Series), 1977, acrylic on hard board,
96” x 96”. Photo by Craig Morey. Image courtesy of Nancy Blumstein and the
Estate of Burton Kopelow

San Francisco-based Poet Laureate Emeritus and friend of Kopelow’s, Jack Hirschman described Kopelow as an artist “who believed in art in the old traditional way . . . to be able to express something outside yourself, made of yourself, in an objective way.” In addition, according to his widow, Nancy Blumstein, who now looks after his work, Kopelow always wanted viewers to engage actively with his work, as they indeed did at his solo exhibition in 2014. “I think he believed that viewing his paintings should be active, rather than passive,” she explains, “and that the viewers best experience would happen if they were willing to immerse themselves and their consciousness in the images, and find their own connection to the painting.” In April 2018, another exhibition of his work at LA Artcore in Los Angeles will offer visitors a chance to engage with the work this prolific and deeply philosophical American artist, whose painting guided his spiritual journey, providing deep fulfillment and a sense of continual growth until his last brushstroke.

More on Burton Kopelow’s work can be seen at Burton Kopelow, and details of the April 2018 exhibition can be found at LA Artcore.

An Eye, a Lens, a Dance
Civilization in Equipoise
Hasui and Horticulture: The Contemplative Botanical Art of Lindy B. Pollak