A Chinese collection of the Avatamsaka Sutra. Photo by Erik Hammerstrom

It is said that the Buddha taught 84,000 different methods for the liberation of sentient beings because of the diversity of sentient beings in their needs and capacities. From person to person, and from past to present, our obstacles vary depending on the circumstances in which we find ourselves. Our circumstances today may be different from those of our ancestors, but the teachings of Buddhism remain as universal as they were some 2,500 years ago.

Two of the key terms that appear in political discussions of the liberation of sentient beings are freedom and equality. In the last century, the notion of equality featured prominently in the ideas of many philosophers, revolutionaries, and political figures. The world’s political systems may not agree on how best to attain equality, or even on what counts as “equality,” but some type of equality is a goal for most of them. Given the importance that is attached to this concept, it is no surprise that Buddhists, too, have drawn from the rich resources of their tradition to approach the issue of equality, and some have found within the Huayan (華嚴) tradition ideas that could be used to promote equality between people, societies, and nations.

Huayan is a school of Buddhist thought found throughout East Asia that first developed during China’s Tang dynasty (618–907 CE). (Hsien-Tu 2006) It takes its name from the Huayan, or Avatamsaka Sutra, a massive compendium of Mahayana Buddhist teachings. The central doctrine of Huayan thought is the complete interdependence of all things. (Cook, 1977) Every single thing, be it a person, an object, a thought, a world, or a solar system, is entirely dependent on everything else in the universe in order to exist. For example, you only exist because of the parents who produced and nurtured you, because of the Sun that gives life the plants you eat as food, because of the Earth that creates the gravity that keeps those plants attached to the ground, and so on. 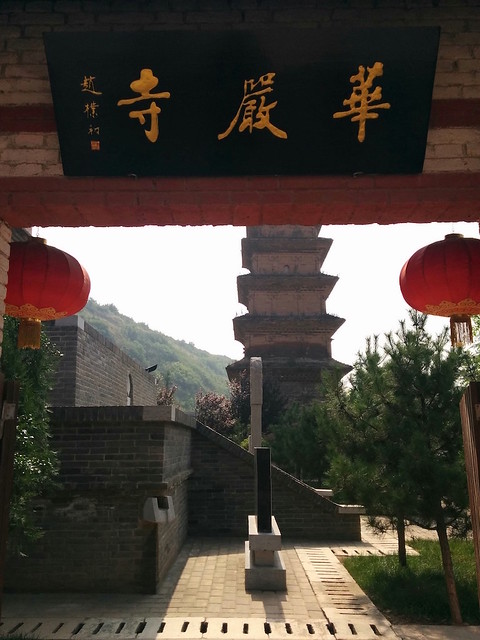 Some modern Buddhists use Huayan’s rich analyses of mutual interdependence, as well as identity and difference, to speak about equality. The idea of equality, as articulated in Western political thought, first began to circulate in East Asia at the very end of the 19th century. By the 1910s it was cited widely by Chinese, Korean, and Japanese authors as a laudable goal for society. One such thinker was the Korean monk Han Yong-un (韓龍雲, 1879–1944). Much beloved by Korean Buddhists today, he is best known for his poetry and for his efforts to reform and revitalize the Korean Buddhist sangha. In 1914 he published a summary of Buddhism titled Great Canon of Buddhism (Pulgyo Daejon [佛教大典]). Han drew extensively from Huayan thought as he promoted a Buddhism that was active in the world, and which took the equality of people as one of its central convictions. He cited Huayan ideas about interdependence to argue that, because each thing depends on all other things, no single thing in the universe is more important than another. (Chon, 1985) This applied to humans as well, as the dignity of the individual is no less important than the larger society in which they exist. Han lived in Korea during its occupation by imperialist Japan, which demanded that Koreans subsume their identity within the Japanese state, by serving it with total obedience. Han thus used Huayan to make a political statement proclaiming the value and creativity of the individual person as an individual. His point was not that the individual was more important than the collective, rather that they were of equal importance.

The Huayan school has long held a central place in Korean Buddhist thought, but it has also remained important in China, the country of its birth. The early 20th century saw a resurgence in Chinese Huayan studies, and several seminaries appeared that specialized in teaching this branch of Buddhist learning. One monk to come out of this environment was Changxing (常惺, 1896–1939), who was a student of the Huayan master Yuexia (月霞, 1858–1917). Changxing taught, wrote, and lectured on Huayan thought throughout his life. In his 1929 book Outline of Buddhist Studies (Foxue gailun 佛學概論), he applied Huayan thought to this issue of equality. He explained the concept of interdependence in social terms, describing how an individual depends on their family members as well as others in society, such as the farmers who grow their food. Like Han Yong-un, he argued that Buddhism holds that no one individual is more important than any other. For Changxing, this has ethical implications: because each individual is essential for the universe to exist as it exists, one is compelled to care for all others impartially. Mindful of the wars and struggles occurring around the world, Changxing argued that humanity needs to understand this fundamental truth if it is to escape the violence it seems committed to inflict upon itself. 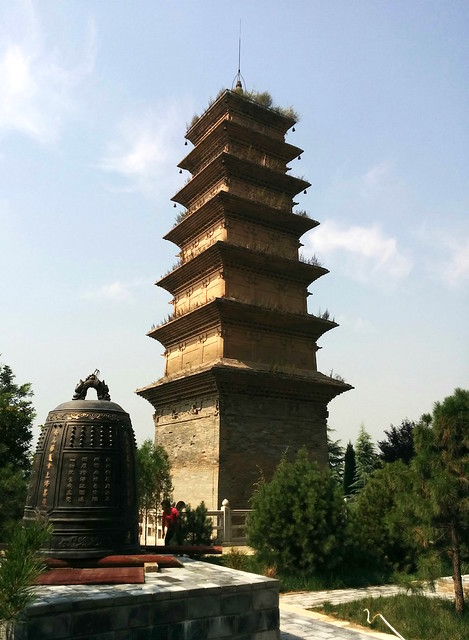 Stupa to Dushun (557–640), the First Patriarch of the Huayan school,
Huayan Temple. Photo by Erik Hammerstrom

Han and Changxing both saw within Huayan thought a reality that demanded compassion and recognition for individual dignity, however Huayan has also been used to justify totalitarianism and fascism. Huayan’s emphasis on the harmonious unity of all things has been interpreted by some as a call to impose that harmony upon society, by force if necessary. In the 7th and 8th centuries, China’s Empress Wu Zetian (武則天, 624–705) relied heavily on one of the Huayan school’s primary founders, Fazang (法藏, 643–712), to legitimate her reign. (Chen 2007) In the 20th century, the Japanese Buddhist thinker Kametani Seikei (龜谷聖馨 1856–1930) invoked Huayan thought to justify the fascism of the Japanese imperial state, arguing that it was Japan’s duty to unite the peoples of East Asia into a single harmonious whole. (Ishii 2007) Obviously, Kametani’s interpretation of Huayan thought would have not been viewed favorably by the likes of Han Yong-un or Changxing.

Scholars continue to enter the deep sea of Huayan thought, seeking ways to address the issues that face us today. I find the work of Prof. Jin Y. Park of American University particularly insightful and inspiring in this regard. Dr. Park cautions that the fascistic tendencies of Huayan thought appear precisely when people emphasize unity and harmony at the expense of diversity and difference, and she is concerned by uncritical talk of equality. If equality understood as meaning to make others more like yourself, this is not real equality, nor does it reflect the teachings of Huayan. In light of these concerns, Dr. Park’s Huayan thought has a strongly ethical dimension. She argues that the realization of the truths of Huayan necessarily leads one to greater compassion: when faced with the myriad things that make up the universe, we must come to realize that the complexity of reality is literally inconceivable. From this we become aware of both the complete dependence of each thing upon all others, and of the limits of our own ability to know this completely. This dual realization of interdependence and humility is the root of compassion. (Park, 2010) 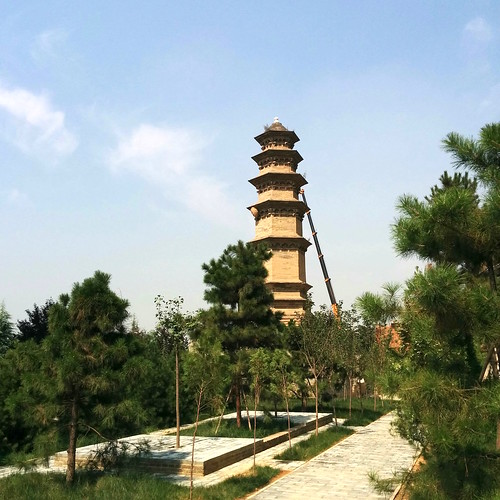 Equality has occupied the minds of East Asian Buddhist thinkers for more than a century. It is no surprise, therefore, that some would try to come to grips with these concepts on their own Buddhist terms by turning to Huayan thought, with its appreciation of harmony within diversity.