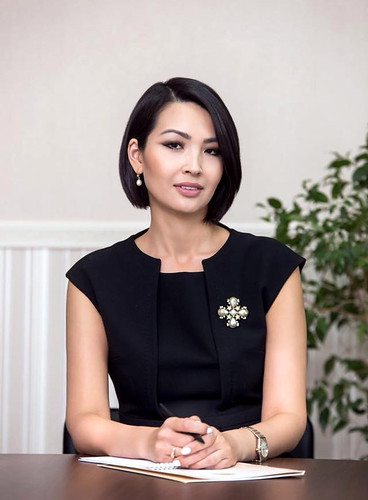 In September 2015, I visited the Republic of Kalmykia in the Russian Federation, one of only three states (the other two are Tuva and Buryatia) among Russia’s 85 federal subjects and 22 republics that have Buddhism (the Vajrayana tradition) as their main religion. The people of Kalmykia have endured many hardships since migrating west from Mongolia and settling on the Pontic-Caspian Steppe in the 17th century. During the Soviet era, many Buddhist monasteries were forcibly closed and destroyed, many monks were murdered or forced to disrobe, and during Soviet deportation (1943–57), the Kalmyk population was halved. The republic was formally instituted on 29 July 1958, but was only in the 1980s that the revival of Buddhism began and Kalmykians began to practice their religion openly once more.

The late opening of the republic to capitalism, along with its geography (vast open spaces with sparsely populated urban centers), are among the explanations of why the economic development of the region has lagged behind and is such a challenge for the government. But Kalmykia’s new minister for economy and trade, Zoya Sandzhieva, has big plans.

A member of Vladimir Putin’s United Russia party, Sandzhieva is responsible for developing and implementing measures to provide a positive impetus for Kalmykia’s economy. Her priorities include improving the Republic’s investment climate, eliminating unnecessary bureaucratic barriers for small business growth, and broadening economic ties domestically and abroad. From our interview, I understand her to be an energetic personality with plenty of family and social activities (in her down time she posts some of them on her social media). With all her other commitments, Sandzhieva did not initially think of entering politics, although she always thought she could do something more for her home in a spirit of public service.

“So why not do it through politics?” she reflected. “In April 2016, I took part in the primary elections of the United Russia party in Kalmykia. I was competing with other aspiring politicians to present our visions for the region. To my surprise I finished among the top five. It was a good start. My candidate program for the party was focused on the economic development of Kalmykia and I think that is why I was asked to become minister of economy and trade in November 2016. Of course, I did not hesitate to accept the offer.”

When I asked her about some of the challenges and problems she faced as a minister, she gave an earnest response: “The main challenge is to be taken seriously, especially outside the Republic. Kalmykia is not as well known as the regions of the Caucasus, so each time you have to explain who you are and why people should deal with you. Our ministry has been managing this task quite well so far.” Her observation is congruent with something Kalmykia’s head lama or shadjin lama Telo Tulku Rinpoche told me two years ago: he mentioned that the Buddhist republics are not seen as particularly prestigious in more prominent regions and big cities of the Russian Federation, such as Moscow or Saint Petersburg. Kalmykia needs investment, jobs, and better infrastructure, and Zoya Sandzhieva’s duty is to do her utmost to facilitate this. Furthermore, young Kalmykians seek better prospects and careers and to some this means leaving Kalmykia for other parts of Russia, or overseas. It is no mean feat to build the infrastructure and networks needed to retain young talent in the republic and, more ambitiously, to attract workers and investors from other federal subjects and countries beyond the Russian borders.

Sandzhieva, however, understands that Kalmykia’s economic revival must take place alongside its cultural revival. Exhibiting historical and folk relics in local museums and studying Kalmyk and Oirat* texts is important, but it is not enough. “I think this problem touches upon Kalmyk people on the whole, not only students that study outside the republic. Not just knowing your native tongue, but using it in everyday life is the key to cultural preservation. By this I mean greeting someone in the street, buying something in a store in the Kalmyk language. This is the first step to access more complex things like Kalmyk legends, tales, and history,” she offered.

“Everything grand starts simple. A lot is being done in order to attract attention to the Kalmyk language. We have Kalmyk kindergartens and schools. You can study the Kalmyk language for free in our main temple, the Golden Abode of Shakyamuni Buddha, and there is an Oirat club in the capital Elista. But I also think municipal power and local entrepreneurs could be of much help in preserving and spreading our culture and language.”

Overall, there is a sense of cautious hope that the rediscovery of the public practice of Buddhism, coupled with attempts to generate wealth and business opportunities, mean that Kalmyk society is on the right track. “The [Buddhist] faith has always been one of the main backbones of Kalmyk people, it helped us to get through the toughest of times and to enjoy life,” she said. “This attitude persists to the present day. Anyone can support a monastery or a temple by simply going there, praying, and leaving a contribution.”

Sandzhieva has a formidable task ahead of her. It will take perseverance and creativity to balance economic growth with spiritual and cultural renewal. More importantly, it will require what Buddhists call “right motivation”—a constructive form of patriotism, a sober assessment of political realities in Kalmykia as well as Russia, and a sincere wish to benefit as many constituents as possible. “I want Kalmykia to prosper and for my people to be happy and wealthy. These are my goals. I will do whatever it takes to achieve them.”

* A traditional langue spoken in Kalmykia, Oirat is part of the Mongolic group of languages.

Kalmykia: Lore and Memory at the Far Side of the Buddhist World
The Kalmyk Restoration: Telo Tulku Rinpoche on a Russian Republic’s Buddhist Revival