Shibuya crossing at night. From flickr.com

I love the seashore and the countryside, but I have spent most of my life in cities, with little to no time spent in the country. I grew up in Brisbane, Australia (which, despite its beauty and vibrant coffee culture, is hardly a skyscraper metropolis) and have spent a good deal of time in Hong Kong. Over the years I have visited Shanghai, Tokyo, and Seoul—cities that have long inspired novelists and artists in cyberpunk circles.

Cyberpunk features “technologized” cities with endless skyscrapers shimmering in an ocean of neon lights and elevated railways. These cityscapes are often bathed in darkness, shadow, and rain. More often than not, the protagonists of these stories are lone-wolf types, running through grungy alleys and estranged from wider society. As a genre of writing, film, and animation, the dystopian cyberpunk imagination has been immensely influential in both Asian and Western pop culture, exemplified by the Blade Runner movies, The Matrix franchise, and the Japanese anime Ghost in the Shell.

To many social commentators, cyberpunk carries eerie reminders of certain characteristics of urban living today—an endless feed of information, insecurity, and distractions through the Internet and social media, the press and media serving as distractions or brainwashing rather than useful information, and social alienation and unfulfilling work. In these activities is an almost gleeful dismissiveness of the need to reflect on human nature and what it means to be a human being: a key concern of religions and philosophical schools through the ages.

As Buddhistdoor Global columnist Paola Di Maio notes about our headlong trajectory into developing communication between human beings and AI: “Excited at the prospect of scientific advances, researchers seem to ignore that enhanced cognition comes with enhanced responsibility, maturity, and responsible decision-making abilities.” This is the key concern and, as it happens, the idea of human interface with computers or “mind technologies” is about as cyberpunk as it gets.

There are far more informed writers who have unpacked the themes of cyberpunk exhaustively, but I find this description particularly useful for grasping the general aesthetic and spirit. This is from an essay by Lawrence Person: “Classic cyberpunk characters were marginalized, alienated loners who lived on the edge of society in generally dystopic futures where daily life was impacted by rapid technological change, an ubiquitous datasphere of computerized information, and invasive modification of the human body.” (Slashdot.org) Surely many of these themes sound familiar?

The eminent science fiction writer J. G. Ballard (1930–2009) defied assumptions about traditional storytelling and sought to upend the archetypes that were assumed to be universal, saying that he wanted a storytelling style that possessed “more psycho-literary ideas, more meta-biological and meta-chemical concepts, private time systems, synthetic psychologies and space-times, more of the sombre half-worlds one glimpses in the paintings of schizophrenics.” (Ballard 2017, 103) Most interestingly, Ballard criticized the “external” emphasis of so much science fiction of his day (such as on space travel), declaring: “The biggest developments of the immediate future will take place, not on the Moon or Mars, but on Earth, and it is inner space, not outer, that needs to be explored. The only truly alien planet is Earth.” (Ballard 2017, 103) 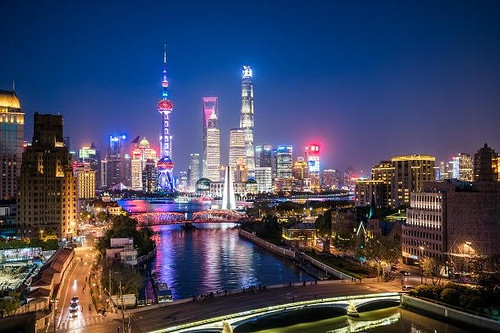 My opinion is that good cyberpunk is itself a kind of literary expression of contemporary inner preoccupations and concerns. Take the notion of loneliness, for example. Some good research has been done about urban life and its correlation with loneliness, but the results are ambiguous. One study found that urban life is undoubtedly more stressful than rural life (and has been so since the Industrial Revolution), yet how lonely one feels is a very difficult thing to measure. If we are to take seriously Ballard’s notion that the best kind of science fiction is about inner space, then perhaps we have also been distracted by the neon cityscapes of gritty cyberpunk metropolises.

The interesting stuff is not happening in an action-packed helipad gunfight with a hypersonic jet on top of a tower owned by a futuristic robotics corporation. It is happening in the neurotic mind of one of that corporation’s low-level office workers, humiliated in public through a thoughtless social media post by her supervisor, who himself seeks distraction from his instantly replaceable managerial role by interfacing his brain with a computer’s pornographic VR program. It is not just about cybernetics and the development of androids, but how society changes as a result of them.

I like to think that, perhaps one day in the future, when meditation practice centers are hidden away in glass and metal skyscrapers—some of them already are in the worlds biggest cities—and temples of traditional Asian design are surrounded by looming corporate structures, these loci of spiritual meaning and truly human work will have helped to fortify the inner worlds of these cities’ denizens against the darker side of cyberpunk. Ballard was right. The true struggle for meaning and dignity is more often on the inside, even in a society dominated by neon, nightfall, and neuro-computers.

Notes Toward a Postcyberpunk Manifesto (Slashdot.org)
What’s the world’s loneliest city? (The Guardian)