Shambhala of the Gobi. From mapio.net

In the heart of the Gobi Desert lies a marvelous complex of 108 white stupas arrayed in a quadrangle known as the Shambhala of the Gobi. In the vicinity of the stupas is Khamar Monastery, built in the 19th century by the renowned Gobi lama, Danzanravjaa. Pilgrims and tourists from around Mongolia and the world come here to meditate, pray, and bask in the hallowed atmosphere of the sand, sun, and sacred structures. This holy site also represents the bittersweet restoration of public Buddhist practice in Mongolia after the end of Communist rule in 1996. The wholesale destruction of Mongolian Buddhism throughout the early 20th century saw some 800 temples and monasteries in the country destroyed and tens of thousands lamas imprisoned, killed, or exiled. Desperation and despair compelled devotees to turn to the prophecies of the Kalachakra Tantra and its teachings of Shambhala for seeking rebirth in a hidden Buddhist realm.

Shambhala is conceived as a legendary hidden paradise governed by Dharma kings preserving the Mahayana and Vajrayana teachings. According to the Kalachakra Tantra’s eschatology, barbarian doctrines (or the “anti-Dharma”) will spread over the most of the world. When the barbarian king will seek to occupy Shambhala as the last outpost of the Buddhadharma, the 25th king of Shambhala is prophesied to subdue these anti-Dharma barbarian forces, and facilitate the preservation and spread of the Dharma.

When Buddhistdoor Global interviewed His Eminence Khamba Lama Gabju Demberel Choijamts in Ayutthaya, Thailand, last year,* the Mongolian Buddhist leader spoke of how the Communist revolutionaries had never succeeded in excising Buddhism from the hearts of Mongolia’s people. Vesna Wallace, professor of Buddhist Studies at the University of California, Santa Barbara, echoes this thought, saying: “Buddhism survived in people’s hearts, but the remnants of Buddhist material culture had to be hidden in home trunks, buried under the ground, or hidden in caves. Since the 1990s, Shambhala-oriented practices have re-emerged along with other Vajrayana practices. The reconstruction of the Shambhala of the Gobi revitalized the image of Shambhala in the minds of Mongolian people.”

Prof. Wallace has researched and published extensively about the Kalachakra Tantra’s history and doctrines. We focused on the text’s vision of Shambhala in a discussion during her visit to the University of Hong Kong in May. Despite its ritual complexity and esoteric nature, the Kalachakra Tantra has ironically become one of the most widely disseminated public teachings and initiations, thanks to the Dalai Lama’s worldwide bestowal of initiations into this tradition (the most recent, the 34th of its kind, was conferred in January at Bodh Gaya). 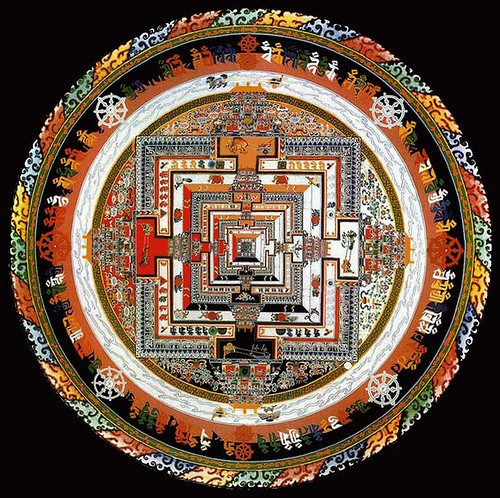 The assimilation of Indic ideas in the Kalachakra Tantra is consistent with the tantric tradition as a whole, but the idea of Shambhala as a Vajrayana realm is unique to the Kalachakra Tantra. Nevertheless, “Shambhala is mentioned for the first time in the classical Indian epic, the Mahabharata,” said Prof. Wallace. “In the Mahabharata, Shambhala is mentioned as a village of Brahmins and associated with Vishnu. In the Kalachakra Tantra, the Buddhist Shambhala’s location is said to be in the southwestern direction of Mount Kailash, but in later guides to Shambhala, different locations are mentioned. It is undoubtedly a magnificent place: in the shape of an eight-petaled lotus, with 96 million villages, and the capital Kalapa, which lies at the center of Shambhala. In the center of the capital are the king’s palace and a three-storied Kalachakra mandala.”**

The pressures felt by Indian Buddhists during the Turks’ military incursions must have sounded similar to Mongolian Buddhists at the end of the 19th and early 20th centuries. Under pressure from the much larger polities of both China and Russia, the Mongolians’ revolution of 1 December 1911 was more or less a peaceful separation from the Qing empire, which ended shortly afterward when the last emperor, Puyi, abdicated on 12 February 1912. Yet after 1911, during which the theocratic Bogd Khaanate was established, Mongolia struggled to maintain autonomy between the competing influences of imperial Russia and the Republic of China. In 1917, the Russian Empire also collapsed and in 1924, under the influence of Bolshevik revolutionaries, the Mongolian Peoples’ Revolutionary Party was established.

From 1925, anti-Buddhist activities began intensify. Stalin’s intervention from 1935 onwards made things worse. The imposition of heavy taxes on monasteries, the distribution of anti-Buddhist pamphlets and films throughout the capital and countryside, and the confiscation of monastic property progressed into the destruction of temples, wholesale murder, forced disrobings, and exile. By 1938, Buddhism as an institutional religion had been wiped out from Mongolia. 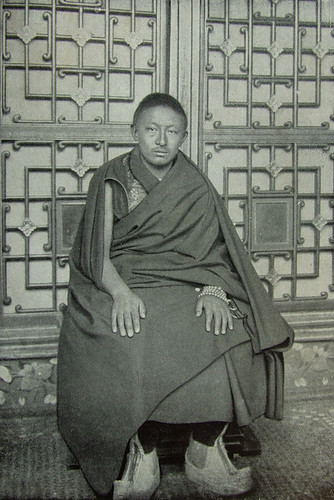 All the while, Mongolian lamas began to see the revolutionaries’ persecution of Buddhism as an act of barbarian forces that would be fought by the army of Shambhala. “In 1931, the 9th Panchen Lama, Thubten Choekyi Nyima (1883–1937), began to initiate Mongols in the Kalachakra Tantra, propagating the idea that he would be the ‘general’ of the Shambhala army, and Mongolian initiates warriors in his army,” said Prof. Wallace.

The idea that the 9th Panchen Lama was supposed to come and lead the Mongols in the Gelugpa war against the revolutionaries can be found in the writings of the 4th, 6th, and 7th Panchen Lamas.*** They had disseminated the belief that one of the 9th Panchen Lama’s previous incarnations, “Panchen Rinpoche,” was Manjushri Yashas, the 1st kalki king of Shambhala and that in the future he would become the 25th kalki. This idea was later reiterated in various Mongolian writings. Prof. Wallace noted that ritual and prayer texts for the phowa (transference of consciousness) to Shambala proliferated during that period, instructions that could be recited as single paragraphs—convenient for lamas who had been forced onto their knees by soldiers and were about to be shot dead.

Of course, at a gross level, pining for Shambhala did not stop the material destruction of Buddhism in the country. Yet, in a tragic way, this made Mongolians more creative and determined in their fight to preserve their Buddhist faith. “People hid their items of practice. Former lamas would be invited into homes to perform rituals in the dead of night, and Dharma activities or discussion groups would be held under the guise of chess or card games. Children playing in the streets were actually collaborators who would run home to warn the practicing adults when they saw someone from the Communist Party approaching the residence,” said Prof. Wallace.

The Shambhala complex in the Gobi reminds us that Mongolia’s journey back to the Dharma cannot be separated from the haunting Kalachakra Tantra. Prof. Wallace and I agreed that today, what matters less is the physical reality of Shambhala—mystical warriors never came to the rescue of the northern Indians or the Mongolians—and more the ideal of Shambhala as a model for inner and outer peace. It was an uplifting conclusion to a sobering and often sad story. Whatever the struggles the Mongolian Buddhist sangha is facing after 70 years of disruption, I believe that the spiritual revival of Buddhism is deeply sincere and real. ** Shambhala practitioner Nick Trautz lists various theories, all of them tenuous, on the physical location of Shambhala: in China’s Tarim River Basin, eastern Kygryzstan, behind Mount Kailash, or even inside Kailash.

The Inner Kalacakratantra: A Buddhist Tantric View of the Individual by Vesna A. Wallace (International Kalachakra Network)
Shambhala in the Kalachakra Tantra (Shambhala Times)

The Kalachakra Effect — Why is the Kalachakra Initiation So Popular?
Khamba Lama Gabju, Supreme Head of Mongolian Buddhists, on the Buddhist Revival in Mongolia