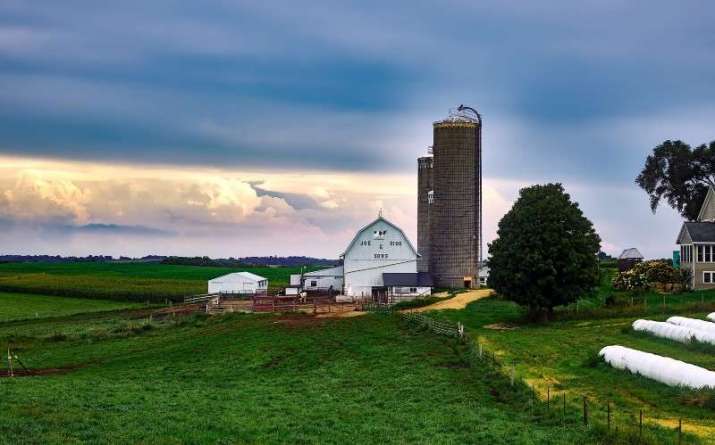 Several years ago, I made the decision to give up most of my worldly possessions and live on a farm. There are many reasons as to why I made that decision, ranging from the spiritual to the mundane. But the simplest way to explain it is to say that I wanted freedom.  I felt trapped in a corporate job that was unfulfilling. I bristled at the onslaught of corporate media constantly telling me that I was one purchase away from happiness. And I longed for the opportunity to practice Buddhism in peace.

So I shrank my world down to what could fit inside a large military duffel bag, and I traded my khaki pants and polo shirts for work boots and jeans. I found freedom on the farm, but not in the way that I imagined and certainly not quickly. Instead, my first few months of farm life consisted of confusion and suffering. My idyllic notions of what it would be like to grow my own food were replaced by the hard realities of back-breaking labor completed under a hot sun.

My legs and shoulders ached each morning as I tried to recover from the last day’s exertions. And my hands were torn open from chopping endless amounts of firewood.  Beyond the physical struggle, however, there was also mental turmoil at play; a turmoil that revolved around two inescapable facts: when I was hungry, I needed to eat. When I was tired, I needed to sleep. My life, like the life of every living creature on Earth, revolved around those simple truths.

If I started my own company, I would be dependent on the customers that bought my goods, constantly needing to put their desires before my own. And the same would be true if I ran my own farm. Thus, my ability to eat and sleep would always be in the hands of someone else.

Finding freedom outside of the material world is impossible.

Of course, I am not the first person to have this realization. In his own spiritual journey, the Buddha also wavered between the extremes of hedonism and asceticism, hoping to find freedom along the way. However, the pleasures of hedonism were fleeting while ascetic practice almost killed him. Unable to escape the realities of the material world, the Buddha chose to find freedom within it.

The Buddha had to eat. The Buddha had to sleep. These truths were inescapable. But he found liberation by changing the way he did these things; living a life rooted in wisdom and compassion instead of greed and aversion.

After spending eight months living and working on organic farms, I realized that I had to follow the Buddha’s example. I realized that I could not escape Samsara, but I could choose how I lived within it, finding freedom within the cage that bound me.

Over the years, I have added a gratitude contemplation to my daily practice, which helps me do this. It’s simple: I look at physical items in the room around me and describe simple ways that they improve my life, with a special focus on whether they help fulfill my basic needs of eating and sleeping.

For example, I might look at the lamp and say, “That lamp allows me to work at night without straining my eyes.  It helps me earn money so that I can buy food.” Or I might say, “My snake plant purifies the air in my apartment and helps me get to sleep faster.”

This also works for experiences and ideas as well. For example, I might say: “Going for a daily bike ride helps me relax after a long day at work and it improves my sleep quality.”

If I find an object or experience in my life that hinders my ability to eat, to sleep, or to experience peace, then I get rid of it. In this way, I am constantly letting go of anything that inhibits my sense of freedom in daily life and expressing gratitude for the things that make life in the material world more enjoyable.

This is the heart of Buddhist practice. This is liberation: letting go of the things that hurt us and accepting that we can’t let go of everything.

Gratitude Is Being Taken for Granted
Home: Living with the Reality of Uncertainty
Cuong Lu’s The Buddha in Jail: 52 Vignettes on Discovering Freedom and Happiness Within
A Healthy Economy, Income, and Right Livelihood
The Impossibility of Outsourcing Happiness
Concerning Right Action and Right Livelihood