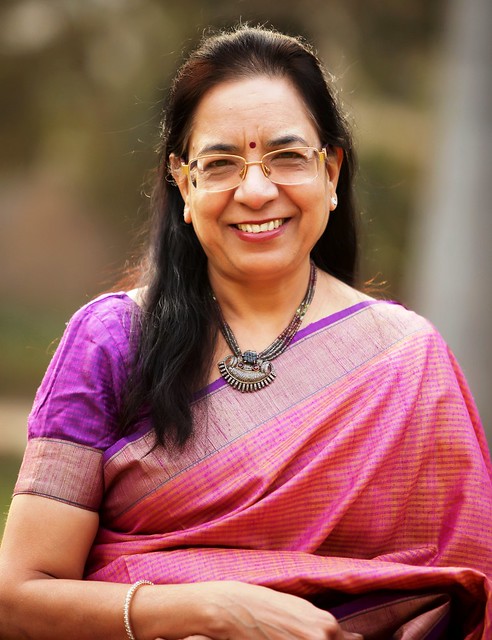 Prof. Dr. Shashi Bala is an eminent Indian scholar in the field of Buddhist art and culture, and a disciple of the most renowned Buddhist scholar in India, Prof. Dr. Lokesh Chandra. She is the author of several books, including Buddhist Art: In Praise of Divine, Buddhist Art and Thought, Manifestations of Buddhas, and Divine Art, and is currently the dean of the Center of Indology at the Bharatiya Vidya Bhavan—an internationally reputed institution dedicated to the promotion of education and culture in India (including subjects such as Indology, astrology, languages).

I first heard about her noble work many years ago thanks to her books on Buddhist art. In 2016, I met her for the first time when she visited Bulgaria in March of that year to participate in a conference titled “In the Mirror of Dharma: Indian Culture through the Ages,” and to deliver a series of lectures at the National Gallery of Bulgaria and Sofia University “St. Kliment Ohridski.” During the summer of 2017, I was honored to have several lectures on Buddhism at different Indian cultural institutions, organized by Bharatiya Vidya Bhavan and personally by Prof. Shashi Bala, who welcomed me into her home. During my stay at her home in Ghaziabad, in the Indian state of Uttar Pradesh, we had an opportunity to discuss various issues related to Buddhism, especially the cultural bridge that it provides throughout the centuries between India and rest of the world. Our discussions focused on Buddhism in India, Tibet, Mongolia, Russia, and Bulgaria, and we were happy to share our mutual passion for Buddhist art and culture during several programs at the India International Centre, Jawaharlal Nehru University, the National Museum Institute, Tibet House, DD National television channel, and All India Radio. The author with Prof. Dr. Shashi Bala in front of Bala Bharatiya Vidya Bhavan in New Delhi. Image courtesy of the author

Prof. Shashi Bala was born in 1956 in New Delhi, and from an early age she had the opportunity to be taught by the legendary Prof. Dr. Lokesh Chandra thanks to the close relationship between their families. Her father, Dr. Kailash Chandra, encouraged her to choose the path of a scholar. Being a scholar himself, with a PhD in Indonesian Shaivism, he had an opportunity to visit countries such as Mongolia, Russia, and Buryatia, and shared many of his fascinating memories and experiences of Buddhism in these places with her, along with numerous photographs of Buddhist monasteries from the region. Although she was very young when he went on these trips, his memories and the Buddhist ideas that he shared with her throughout the years have remained deep in her mind and soul.

“My father used to talk about Buddhism as a bridge between India and other countries and how it contributed to preserve Indian knowledge system,” she explained. “Many scriptures that were lost forever in India are preserved in other countries because of Buddhism.”

Because of the connection between her father, Prof. Lokesh Chandra, and the famous Sanskrit scholar, linguist, and politician Prof. Dr. Raghu Vira, Prof. Shashi Bala had access to a fount of knowledge, artifacts, and books about Buddhism. When she was 16, her father would give her articles written by Prof. Raghu Vira, who had visited many Buddhist countries, such as Mongolia, Buryatia, Japan, and Tibet. The author with Prof. Dr. Shashi Bala during our program at India International Centre in New Delhi. Image courtesy of the author

During our conversations, Prof. Shashi Bala shared valuable memories from her childhood: “Every morning my father and Prof. Lokesh Chandra used to talk about different topics related to Buddhism, Indian culture, and how Buddhist culture can contribute to world peace and harmony. Even nowadays they still talk about what should be done because the world is in so much pain and suffering; there are still so many conflicts. There are many problems because of terrorists and it is all because of the selfishness, the ambitions, and the desires of the people. It can be political ambitions or the desire to make money or obtain a position in society, but they all create suffering in life. That is why it’s important to have a path that shows you how to be happy and satisfied.”

During her master's degree in Sanskrit linguistics, Prof. Shashi Bala spent her vacations at the home of Prof. Lokesh Chandra, helping him with his research. During this inspiring period she was able to meet many academics and Tibetan lamas who stayed in the home of the Indian professor after escaping Tibet. He gave a shelter to almost 38 lamas, who received the chance to work with him. Some of them were adept at reading and analyzing scripts and others were skilled in thangka paintings. While spending many months at this museum-like home, Prof. Shashi Bala explored important texts scuh as the Tibetan and Mongolian versions of the Buddhist Cannon, and many sculptures and thangkas. She was deeply touched by the great knowledge it all offered and felt inspired to focus her studies and career on Buddhist art. 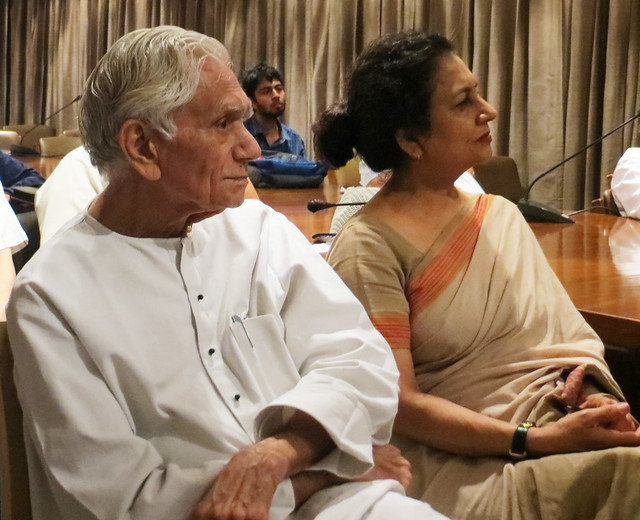 Witnessing the hard work of Prof. Shashi Bala, her devotion to the Dharma, and her dedication to spreading the wisdom of Indian culture and spirituality in many fields, she appears to me to be a contemporary female Boddhisattva, dressed in traditional sari. She is a rare example of successful Indian woman, who has combined both a career as a scholar and a family that includes two sons and three grandchildren.

When I asked her whether there are many women in India who are working as scholars in the field of Buddhism, her reply went beyond the divisions of gender and showed what is missing in the educational system of India.

“Generally Buddhism is not taught as a subject at many Indian universities. In particular, the study of Buddhism in Mongolia, China, Japan, Tibet, or Southeast Asia is not part of our educational system, which is pity,” she related. “It is not a question of men or women. There are very few people who know about the Buddhist connections of India with rest of the world. I have been working hard to establish these subjects as a part of our education systems. I have taught subjects like the history of Japanese and Southeast Asian Buddhism for 15 years at the National Museum Institute. Even if I wanted to organize a conference on Buddhism in Tibet, Mongolia, Japan, or China, it was very difficult to find scholars who were experts, no matter whether they were men or women.”

Even though it is crucial to explore what Buddhism can contribute as a cultural bridge between different countries, Buddhism itself has a universal message that goes beyond borders, gender, time, and space. As Prof. Shashi Bala observed during our talks: “I think that in every field of life, the middle path is the best path for everyone—not only for India or a particular country, and not only for Buddhists. The middle path is for all countries, for all people, and for all times.”