Resolution, c. 1910-30 by Tenrei Horiuchi (1903–82). Nichiren resolved to found the Nichiren lineage during the Kamakura period. From nichiren-art.tumblr.com

In Japan, one can find the phenomenon of single-scripture Buddhism. The doctrines of both Tendai and Nichiren Buddhism value the Lotus Sūtra over all other scriptures as the preeminent teaching of the Buddha. While Saichō (767–822) and most teachers and adherents of Tendai Buddhism utilize a variety of scriptures, which they interpret through the lens of the Lotus Sūtra, followers of the various schools in the tradition of Nichiren Buddhism, including Risshō Kōseikai and Soka Gakkai, attribute to the Lotus Sūtra not only a special authority but also a soteriological function. It was one of the main teachings of Nichiren (1222–82) himself that the daimoku, the chanting of the name of the Lotus Sūtra “namu myōhō renge kyō,” would result in liberation. But what is the value of the Lotus Sūtra for people outside of Nichiren Buddhism? There are many wonderful interpretations and analyses of the Lotus Sūtra that explore the history, structure, and relevance of this scripture better than I could. What I would like to discuss here are a couple of themes that highlight the contribution this sūtra makes to the body of all Buddhist scriptures in particular and all religious texts in general.

As it is well known, one of the main themes of the Lotus Sūtra is the conception of “skillful means” (Skt: upāya, Jpn: hōben). In chapters 3–5 and 7, the Lotus Sūtra uses a number of allegories to illustrate one of the most compelling epistemological as well as soteriological implications of the fundamental Mahāyāna concept of “emptiness” (Skt: śūnyatā, Jpn: kū) concerning its significance for theories of knowledge and Buddhist beliefs about liberation: if there is no absolute Truth or absolute falsity, every truth claim, every theory, yes, every conception is relevant in a specific context and can, in that specific context, function as a teaching of the Buddha and guide specific people on their path toward liberation. In some Mahāyāna texts, bodhisattvas even violate the precepts in order to liberate all sentient beings. Brook Ziporyn translates this principle into today’s language as “local coherence” and “global incoherence.” (Ziporyn 2016, 151).

A second main theme in the Lotus Sūtra is that of universal liberation. A close reading of the text reveals that the Buddha of the Lotus Sūtra not only allows for the possibility that everyone can become a buddha, but clearly pronounces in a series of prophecies in chapters 6, 8, and 12 that all beings will become buddhas. Admittedly, some require an immense amount of time—the sutra talks at times of thousands of kalpas—nevertheless, the key point is that every living being will attain buddhahood. This belief is reflected in the 10 Mahāyāna stages in which the stage of buddhahood is preceded by the stage of the bodhisattva, at which one postpones one’s own buddhahood for the sake of the liberation of all sentient beings, thus seeming to imply in a not subtle way that buddhahood is preceded by and concomitant to universal liberation. This belief in universal salvation finds its strongest expression in chapter 12 in which, first, Devadatta, who is generally seen in Buddhist scriptures as the embodiment of malintent and as an obstacle to buddhahood, is promised buddhahood. In the same chapter, Śāriputra, the leading disciple of the Buddha until his death, reports that the daughter of a dragon king, Sāgara, attains buddhahood faster than the Buddha himself. While this story reveals some complicated gender politics, analysis of which would require it’s own essay, the key point here is as well, that there are no essential obstructions to buddhahood and gives a glimpse into what is the future of every entity in the cosmos, throughout space and time. 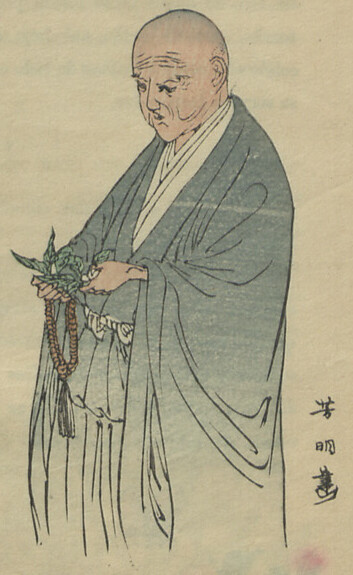 These two concepts have interesting ontological implications concerning our understanding of reality. Ziporyn’s Emptiness and Omnipresence: An Essential Introduction to Tiantai Buddhism provides an excellent analysis of these concepts. Here I would like to focus on a more practical implication of these two beliefs as it is articulated in chapter 20 of the Lotus Sūtra called “The Bodhisattva Sadāparibhūta,” also known as the “Never-Disparaging Bodhisattva.” This chapter, which the hip-hop band the Beastie Boys picked up as the basis for the track Bodhisattva Vow, recounts the story of Sadāparibhūta Bodhisattva who not only taught the Dharma to all sentient beings but responded to vile and accusations by saying “I deeply respect you. I dare not belittle you. Why is this? Because all of you practice the bodhisattva path, and will become buddhas” (Lotus Sutra 50c [p. 266]). This is impressive for a couple of reasons. First, Sadāparibhūta Bodhisattva is a wonderful illustration of the moral principle that the cycle of violence and abuse can only be broken by understanding and compassion. Second, this chapter also makes it very clear that these acts of understanding and compassion, while morally superior, are difficult and challenge a person to their core. Third, this practice of “never disparaging” is grounded in the doctrines of the “skillful means” and universal buddhahood. Sadāparibhūta Bodhisattva treats everyone as a buddha and thus becomes a buddha. This passage serves as an inspiration and as a challenge in the dual meaning of the word signifying a test, on the one side, and tribulations, on the other. In this way, it becomes the touchstone of doctrines of Lotus Sūtra:

All the people insulted and disparaged him;

But Bodhisattva Sadāparibhūta
Patiently bore this.
As he neared the time of his death,
When he had expiated his past errors,
He was able to hear this sutra . . .

Because the fourfold assembly . . .
Heard Bodhisattva Sadāparibhūta say:
You will all become buddhas,
They have since met innumerable buddhas. (Lotus Sutra 51b [p. 268–9]). The song Bodhisattva Vow by the Beastie Boys recounts the story of Sadāparibhūta Bodhisattva. From hollywoodreporter.com

As a scholar of Buddhism, I appreciate the spiritual and moral relevance of this chapter. As a philosopher, I am overwhelmed by the connection between self and other embodied in the practice of “never disparaging.” It is by treating the other as a buddha that Sadāparibhūta Bodhisattva becomes a buddha. It is in the face of the other, that the self becomes itself. This notion of complete and utter relatedness and reciprocity is at the core of the bodhisattva teaching.