I visited Venerable Nyanaponika Thera at the Forest Hermitage, in Kandy, Sri Lanka, in the mid-1980s, when Bhikkhu Bodhi was still staying there with him, and I asked them: “What is the heart of Theravada Buddhism?” Ven. Nyanaponika answered: “Why look anywhere but in the words of the Buddha?” And he told me to read The Word of the Buddha by his teacher, Ven. Nyanatiloka. Bhikkhu Bodhi wrote down the title so that I wouldn't forget it. I remember being quietly awed by the loving-kindness they showed me, and I have never forgotten what I learned from following their instructions.

Ven. Nyanitoloka's The Word of the Buddha explains the process of how one may become free from suffering and attain nibbana, beginning with the initial step on the Noble Eightfold Path—called right understanding—which means knowing how to free the mind from wrong views and attitudes that block right view:

Right understanding leads to willing the good, through the actions of body, speech, and mind. The mind’s willing an action is called kamma or “volition”—a mental force seeking to actualize the mind’s will. Kamma is an action of the will that results in something wholesome or unwholesome arising. (Bodhi 1984) 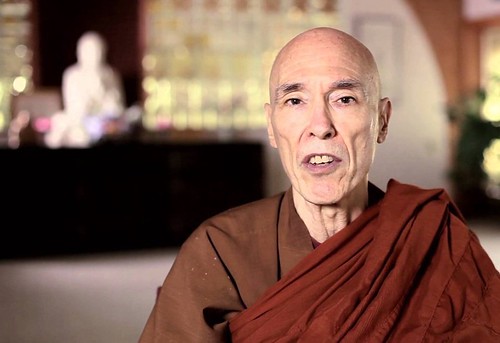 The Buddha said we should avoid unwholesome kamma by not committing the following harmful actions:

Body:
1. Destroying life
2. Taking what is not given
3. Wrong sexual conduct

Greed, aversion, and delusion are particular enemies of wholesome kamma and must be resisted whenever they arise in the mind. The secret lies in turning away from negative kamma and willing the contrary. It means abstinence, self-control, and mind-control. This necessitates intensive training based on denying what is not good for one or for one’s spiritual development (bhavana) and replacing it with its opposite.

Right understanding leads to meritorious action, which leads to accrued merit, which opens the way to a deepening in understanding of the nature and the causes of suffering, its cessation, and nibbana. Wrong understanding leads to wrong views, wrong motives, wrong actions, increasingly bad kamma and more suffering. Right understanding of the effect of bad kamma is enough to make one want to avoid doing such actions as one sees how delusion keeps leading to more harmfulness. One is the owner of the kamma one makes. This means one reaps the fruit of one’s actions, either in this life or in the next. (Ledi Sayadaw 1977)

The Buddha relates (Majjhima Nikaya 19) that while meditating prior to enlightenment, he found his thoughts could be divided into two opposite classes. Whenever he noticed thoughts of desire, ill will, and harmfulness arising, he replaced them with thoughts of renunciation, good will, and harmlessness. He understood that the former kind of thoughts lead to harmfulness for oneself and others, and obstructed the path to wisdom. Hence, he developed the wisdom to eliminate the obstructions and open the path.

Merely knowing what is a right action, however, is not yet enough. One has to know what is right and then actually do it. Ven. Ledi Sayadaw writes: “All one’s book learning will not change harmfulness into loving kindness.” Only actual practice can bring this about. “This means hard work on oneself which may be painful emotionally, but then the result of accomplishing just a little here is that one becomes a ‘solid’ Buddhist.” (Ledi Sayadaw 44, 1977) The Buddha said that his teachings went contrary to the desirous way of the world, which seeks happiness in objects of desire, imagining that the attainment of such objects will bring happiness and fulfillment. The Buddha flows against the stream, breaking free from craving and finding happiness in a lack of desire. The Buddha saw that unfulfilled desire is the root of unhappiness and dissatisfaction, and the way to be free of such suffering is to get rid of desire, to pull out the root of unwholesome craving through renunciation.

We have to break the mind of its habit of grasping and teach it to let go. If we examine the root of desire and see the unhappiness it leads to, we may learn to resist and abandon desire. If we learn that freedom from the hold of attachment is the key to happiness, then, step by step, one by one, we should be able to bring unwholesome desires under control and rise above the unwholesome level of worldly bondage and suffering.

While our initial baby steps in bhavana may be unsure, unsteady, and unskillful, if we continue practicing with ardency and with diligence, we will be able to find firm footing following the path of purity.

All of these books are available for download free of charge.