While navigating my Dharmic path, I have had the great fortune to receive profound guidance from Chagdud Khadro, a renowned Vajrayana Buddhist teacher who also happens to be a Western woman. On more than one occasion, I have asked her, “What do you think would be a useful teaching for my children?” She has consistently replied, “The Four Powers of purification.” Recently, Khadro reminded me once again of the importance of applying these Four Powers and the value in teaching this Buddhist practice to children. When I enquired further, she explained: “I think it is important to teach children the Four Powers of purification, not only to help them to become more aware of their harmful actions, but also because they need to know that they can purify their negative actions. Otherwise there is a danger that they may self-identify as ‘bad’ when they have merely been wrong.” 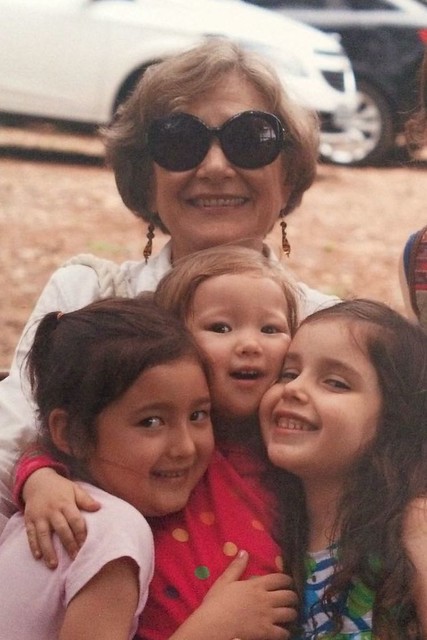 Since this precious advice from Khadro, I have been revisiting this fundamental practice—also known as the Four Factors in the Sutra teachings, and which are a vital part of Buddhist confession rituals—and thinking about how to teach it to my children the next time they misbehave. These Four Powers provide us with a foundation to acknowledge, confess, make changes, and move on, without shame and without continually identifying with the mistake as part of our inherent being. I am increasingly moved by Khadro’s insight in suggesting that I introduce this method to the younger generation and also seeing how important it is as a parent to have this practice on hand. Indeed, in addition to teaching the children, I also recognize a personal need to benefit from these methods more myself!

The first power is that of support, recalling the enlightened qualities of the Buddha, the Dharma, and the Sangha, and requesting their presence as witnesses to our confession. The second power is that of regret. This should not be confused with guilt, but rather as a sincere sense of remorse in having acted in a way that was somehow harmful. The third power is the power of resolve or commitment. Here we make a sincere pledge to change and to adjust our actions so as not to repeat one’s mistaken or unwise behavior. Finally, the fourth power is the power of the antidote—to take up positive actions, such as the genuine wish to benefit others and the actions that manifest this.

Raising children, it seems inevitable that we will all make mistakes on occasion—some that we are aware of and others that go by unrecognized. There are times, I admit, when I feel completely overwhelmed by my own inadequacies as a parent, and other occasions when I am overwhelmed by my children’s bad or stubborn behavior. When we clash on a subject, it can be hard to know what is best for the child: to be a strong disciplinarian, or to soothe and encourage change and growth. There seldom seems to be one right way that can be applied to every situation or every child.

Too many children grow up blaming their parents for certain hang-ups they have, or carry bad habits from childhood into their adult lives. What makes being a Buddhist practitioner possible is that we know we all possess the capacity to change; otherwise it would be quite hopeless to even try to diminish our negative emotions and bad habits. Also, as a practitioner, we learn to stop blaming external factors and begin to look inwards; checking our own thought patterns and learned behavior. Miraculously, my daughters haven’t provided any situations in need of the Four Powers recently. There have even been a few days now without the normal sibling disputes over toys and attention—a rare break! Even so, I have been reflecting on how transformative this particular method can be for Buddhist families. I think it would be an incredible gift to give our children the confidence of a fresh start and the understanding that they do not need to carry the weight or guilt of past mistakes with them as they mature. At the same time, they are also learning to be conscious of, and to acknowledge, mistakes in an honest way with an unconditionally loving support.

As I write this, my daughters have been dancing around the room with scarves streaming. Amaya asked me what it is that I’m writing about this time, and I carefully explained that there is a method for repairing and removing the harm caused by the mistakes that we make in life. I went step by step through the Four Powers, pausing for interruptions and to see her new dance moves, and after explaining the fourth power, I asked Amaya what she thought. “It sounds good,” she responded. Then I asked, “Do you think you could do this practice?” And she replied, “I think so.”

We are taught that the only good thing about non-virtue is that it can be purified, so why not share these invaluable teachings with our children? This something that I aspire to do more when difficulties or behavioral issues arise at home, and I also recognize the power and value of applying them to my own mistakes.