The hills of rural Montana are not the first place one might go to find a sprawling Buddhist peace garden. But that is exactly what you will come upon if you turn east on White Coyote Road from Route 93 between Missoula and Kalispell, just north of Arlee on the Flathead Indian Reservation. After a short drive along that road you will see first a giant structure holding a statue (Tib: Yum Chenmo, Skt: Prajnaparamita; the Great Mother of Transcendent Wisdom), and then eight rows of white molded Buddhas stretching out from her, forming an eight-spoked Dharma wheel. As you park and approach on foot, you will find a variety of other statues, ponds, flowers (depending on the season), and inspirational quotations.

Founded in 2000 by a Tibetan master of the Nyingma tradition, the garden now covers several acres, with each spoke ranging 500 feet. The garden is open year-round to visitors and hosts annual peace festivals along with other educational and outreach activities. This month I interviewed Deborah Hicks, media and communications coordinator for the Garden of One Thousand Buddhas. 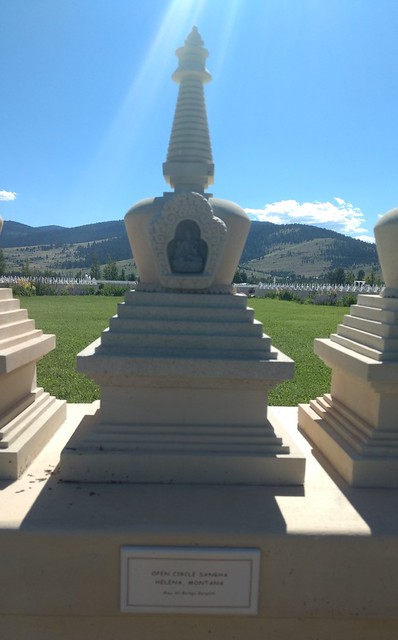 Buddhistdoor Global: Can you tell me about your role at Ewam and how you first became involved?

Deborah Hicks: I am the media and communications coordinator and the personal attendant to the resident abbot, Namchak Khen Rinpoche. I have been working for the garden since 2008.

My husband and I first came to Ewam to perform music for the Festival of Peace in 2007 with our group Joan Zen. We have played in every fest since and I've been managing and organizing the event ever since.

BDG: What is the purpose of the Garden of One Thousand Buddhas?

DH: The Garden of One Thousand Buddhas is dedicated as an International Peace Center, open to all faiths to come to experience peace, enjoy the Montana outdoors, and learn about Tibetan Buddhism by studying the scriptures, iconography, and symbolism in the garden. There are many monuments to war throughout the world. The garden is a monument to peace. 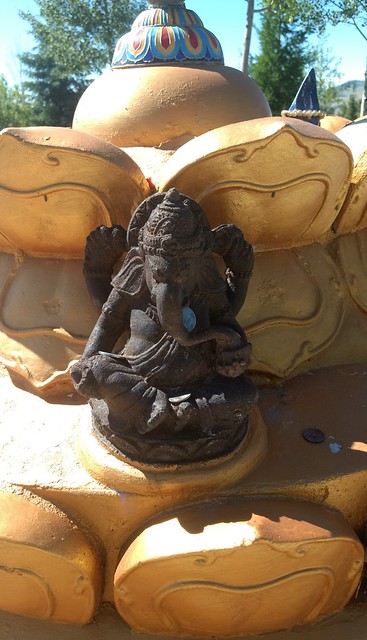 BDG: Ewam and Tulku Sang-ngag Rinpoche seem to have a particularly strong connection to Native Americans. How did that come about?

DH: When Tulku Sang-ngag first came to this land, he was introduced to some of the native elders such as Stephen Small Salmon. They performed cooperative ceremonies to bless and consecrate this land. They found out through this work how much their faiths, ceremonies, and practices have in common. Through mutual respect and admiration, their friendships have grown deeper and some of our Native American friends visit and speak at the festival of peace annually. It was always important to everyone involved for us to foster harmony between our diverse religious groups and beliefs to bridge the divide between East and West. 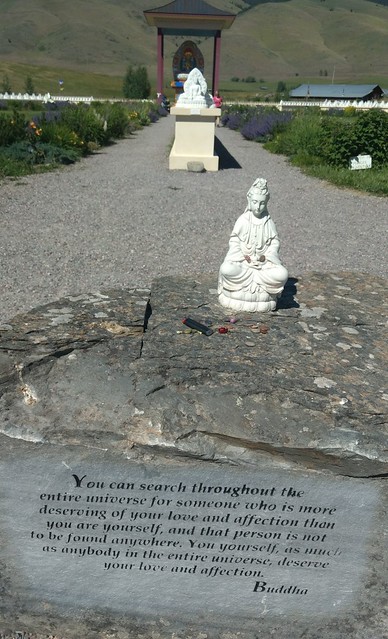 BDG: Can you tell me more about working with tribal leaders and others in the surrounding area?

DH: For our annual festivals, we have invited dozens of tribal elders, renowned education experts like Julie Cajune, and celebrated researchers in fields ranging from the environment (such as Janine Benyus), comparative religious studies, and professors from the university (including Steven Running), to speakers from all religions. This year we feature 10 faith groups and their sacred songs of prayer. Judaism, Islam, Buddhism, Native American, and others will be featured demonstrating their songs of faith. As an international peace center, the garden endeavors to be a place where common goals, shared beliefs, and cross cultural, interfaith education is shared.

BDG: And the peace festival, these have been going on for 13 years now. How did they begin?

DH: Over the last 15 years, only missing one year, the fest has been an annual tradition at the garden. The intention was to offer a platform for celebrating peace as a community. It originally helped to raise awareness for the garden and bring cultures together to envision a world in which love and compassion can proliferate, crossing borders and boundaries. The first few years were small, long before even the statues were done or the walls were built. We would pull Buddha statues from the barn and set them up on hay bales to emulate what the garden would look like when finished. We asked local musicians and speakers to come and discuss peace. Each year we focus on a theme and ask speakers to discuss, sometimes in a panel. 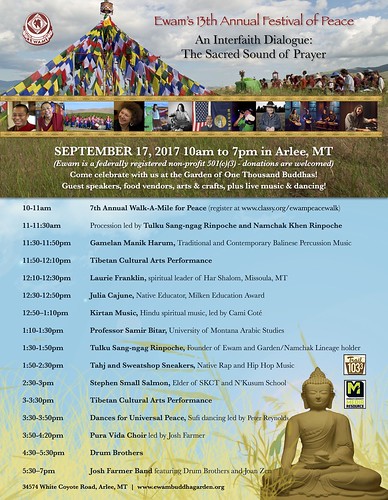 DH: Several years ago, Janine Benyus was a huge speaker, an authority and world-renowned expert on biomimicry. It was a fascinating discussion about the environment and healing the Earth. Having Tibetan musicians such as Tsering Lodoe and Ngawang Kechog (considered the ambassador of Tibetan music) were amazing performances in the past few years. This year, we have Samir Bitar, professor of Islamic Studies at the University of Montana, and Laurie Franklin of Har Shalom synagogue in Missoula representing the Jewish faith. About 10 years ago, award-winning author Frances Moore Lappé came and was a huge success.

BDG: And this year, what are the plans for the upcoming festival?

DH: Every year we fundraise with a walk-a-mile for peace and raise thousands of dollars for the garden. This year we will have music from many religions all demonstrating how prayers are accomplished in their faiths. Add to that some local music from Drum Brothers and Josh Farmer, and it should be a well-attended event with vendors, art and crafts, food, and more. Most years we draw from 500–1,000 people.

BDG: Can you talk a little about other areas that Ewam and the garden would like to grow into, such as teaching, residential programs, or others?

DH: Ewam is always growing. There are plans for a huge temple for practice and residences. A grand gate is being constructed now at the entrance. A new store and group of retreat cabins are in the planning phase. Tulku Sang-ngag Rinpoche comes 2–4 times a year to lead drupchods, meditation retreats, and our Tibetan Cultural Festival, Bodhicitta Monlam (International Prayer ceremony) and Annual Peace Festivals. Namchak Khen Rinpoche, our resident abbot, is teaching monthly retreats as well, ranging from one-day intro programs to month-long intensive Dharma studies such as our annual shedra in July studying the sutras.

Students from all over the world are coming for these events and usually from a dozen to 60 or more students come at any given time. There is a deep residential volunteer program developing where students can live, study, work, and learn here while helping to grow this garden of peace. Right now, we have about 11 people living and working here at any given time and we hope to expand that as facilities expand to accommodate them all. Fundraising is in progress to help raise the money for the new facilities. This place is largely a volunteer- and donation-based 501 c3,* so we are running on the generosity and support of those moved by our work.